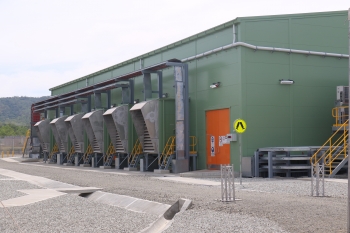 CAUSES OF POWER OUTAGE IN CENTRES I Press Statement

PNG Power continues to conduct load shedding in parts of Port Moresby and the upper highlands area due to several causes.

Load shedding is currently being carried out in Port Moresby as work is underway to repair aging equipment at the Boroko Sub-station.

The recent introduction of the NiuPower gas plant power supply to the Port Moresby grid has led to the load shedding exercise due to lack of compensating reactive power to meet the demand.

However, negotiations with NiuPower to adjust their generator settings have seen a reduction in load shedding from two feeders to one per day. Further arrangements will be made to rectify the issue.

This has also lead to a reduction in the load shedding hours from seven hours to five hours in a day. Work on the alternative measure to restore the Statcom equipment at the Boroko substation is currently in progress.

Another cause of the power outage in NCD was due to an incident where a minor intending to vandalize a power pole was electrocuted. This case is currently being investigated as major lines in the area were affected from the incident.

A similar case were sabotage of poles, especially in the Siane area of Simbu province, also saw parts of the upper highlands area such as Kundiawa, Banz, Mt Hagen and Wabag experience power outage.

PNG Power is pleading to the general public to refrain from any sabotaging and vandalizing activities as this affects the wider community. An additional cause of the power outage in NCD last week was due to two major lines falling off. One fell just outside the Marianville Secondary School area while the other was in the Erima Wild Life area.

Also, a technical fault on one of the equipment at Rouna Four Power Station caused major disruptions to most parts of the city that week. All of these issues are mainly due to the aging network. PNG Power is currently carrying out preventative maintenance to this equipment. However, this will take time and funding to fully resolve them.